In 1919, a young man was fired from his job at a newspaper for “lacking imagination” and “having no original ideas.” The young man’s name was Walt Disney. He went on to win 22 Academy Awards.

In 1998 an 11 year old boy was cut from his football team because a growth hormone deficiency made him shorter than other kids his age. The boy’s name was Lionel Messi. He went on to be named FIFA’s World Player of the Year four times.

On 1st January 1962 a band auditioned for Decca Records in West Hampstead, London. Decca rejected the band, saying “guitar bands are on the way out” and the group had “no future in show business.” The band was The Beatles. They went on to have 15 number one albums, sell 21.9 million singles in the UK, and change the face of music forever.

In 1985, aged 30, a successful businessman was fired from the company he had founded. “I was out — and very publicly out,” he recalled. “What had been the focus of my entire adult life was gone, and it was devastating.” He added, “I was a very public failure.” The man’s name was Steve Jobs. He went on to co-found Pixar Animation Studios, where he co-produced the first ever full-length computer animated film: Toy Story. He was lated re-hired by Apple, the company he had founded, and he went on to develop and launch the iPod, iPhone and iPad. Apple today is worth $900 billion. 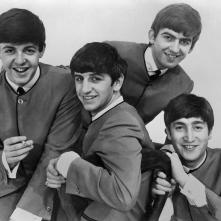 It would be easy to think about Walt Disney, Lionel Messi, The Beatles, or Steve Jobs and only to think of the successes. But those successes were only possible because of the unseen failures that preceded them.

Failure is a big issue for all of us. None of us sets out on a task wanting to fail. It isn’t something desirable or positive. And, when it happens, it feels awful. But the hard fact is that some degree of failure is inevitable. We can’t be successful all the time and sometimes even the best laid plans come unravelled. For us at Churchill, our aim is to build understanding and acceptance that setbacks, mistakes and failures are part of the learning process, and to help our students react well when things don’t go the way we want them to.

We don’t seek failure out – that would be horrible! But equally we shouldn’t protect students from experiencing setbacks. The most important part of the process is showing them how to learn from the experience and improve as a result. When we are learning something new, it’s unreasonable to expect perfection first time – it’s going to take time and effort. We are constantly failing every day, but learning all the time, improving with each mistake, and getting closer and closer to our destination.

Question 1: Why did you fail?

Understanding the causes of failure help us to learn from it. Sometimes the answers to this question will be easy: I didn’t work hard enough. I didn’t prepare thoroughly enough. I didn’t fully understand what it was that I needed to do. In cases like this, the solutions will also be straightforward: work harder. Prepare. Go back and revise.

Sometimes, the answers will be less easy to find. Sometimes something completely unexpected will happen that makes it impossible to succeed. In these situations we we can also ask ourselves whether there was anything we could have done to forsee what went wrong, or whether there was anything we could have prepared for. If the answer is “no” then we can chalk those up to experience, but if the answer is “yes” then we can learn from it.

Sometimes, you will know what went wrong, but you won’t know what to do about it. This is where teachers, mentors, tutors, family and friends really come into their own. Asking for help when you don’t know what to do next can feel like an admission of weakness, but it is actually a strength. Getting help from those who know more than you do, or who can do it better than you, will help you to get better too. And offering help to those that need it is part of our mission as an Academy – to “encourage others to succeed.”

Question 2: how do you feel?

Let’s not pretend that the feeling of failure is a pleasant one. It isn’t. It can be embarrassing, even humiliating to get something wrong in front of other people. It can be upsetting. If you’ve invested a lot of time, energy, hope and aspiration into a project, failure can be devastating.

But failure is not fatal, and it is not permanent.

Acknowledging this simple truth is essential for us to learn and grow. It helps all of us to remind ourselves that the disappointment we feel when things go wrong is something that hurts now, but over time it will help us to be stronger and more resilient. It won’t hurt forever – and it could make us better.

Question 3: what have you learned?

Having experienced the horrible feeling of failure, we are faced with a choice. Part of us will certainly want to avoid that feeling in future by not trying – by avoiding the situation where we might fail again. If we do that, however, we risk the failure permanently affecting our confidence and limiting our ability to succeed in future. 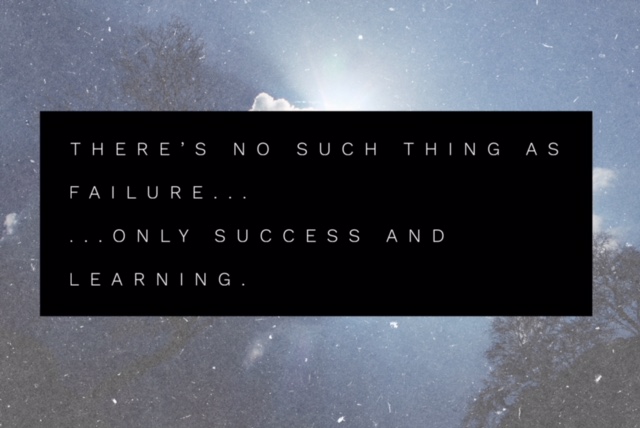 It takes courage and determination to pick ourselves back up and to have another go – but that is the only way to turn failure into learning. Work out where we went wrong, fix it, get help if we need it, and try again.

One failure that I will never forget comes from my time as the Head of an English Department. I was asked by a colleague to tell off a boy who had been disrespectful in her lesson. I checked the boy’s details on the computer, then went to find him at break time. When I saw him, I launched straight in to my best teacher telling-off, full of disappointment and indignation that this young man had dared to behave so poorly. After about two minutes, I paused for breath. “I think you might want my brother, sir,” said the young man – who had an identical twin.

Why did I fail? Because I didn’t check.

How did I feel? Very stupid.

What did I learn? Always – ALWAYS – check you’ve got the right person before you tell them off.

We can’t get everything right all the time. But every time we get it wrong we learn more, and improve. Every failure, mistake, and setback is making us stronger, making us smarter. So be brave, keep going, and next time do it a little bit better.

One thought on “Failure”