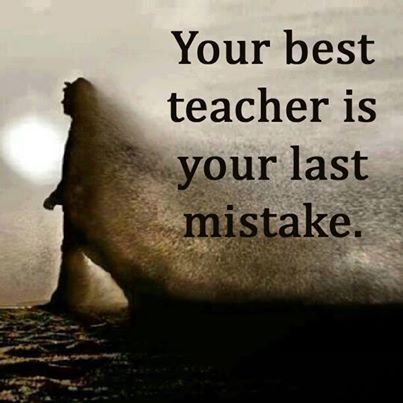 Your best teacher is your last mistake (Ralph Nader)

It’s horrible when we get something wrong. Nobody likes it! It can be horribly exposing, and it’s perfectly natural to feel upset, or embarrassed, or even ashamed. But, of course, we make mistakes all the time. They are a natural part of the learning process. So how can best use our mistakes to make progress? 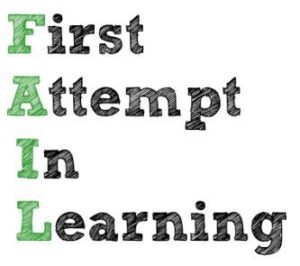 The first thing is to accept that mistakes are inevitable. They will always happen. Nobody is perfect. Secondly, if you are doing something difficult – which, in school, we expect our students to do – the likelihood of getting it wrong is much higher. So the most important thing is not getting it right first time, but getting it right in the end.

This video from the Khan Academy shows how, as young children, we aren’t afraid to fall down, fail and try again – for example when learning to walk or ride a bike. But, as we grow, we become increasingly self-conscious and easily embarrassed. This shift can actually get in the way of our learning as we are less willing to take risks and try something new, worried that we might get it wrong, and forgetting that mistakes are a natural part of learning.

We can rest easy that none of us will ever make so drastic a mistake as Jim Marshall. In 1964, Marshall played American Football for the Minnesota Vikings against the San Fransisco 49ers. When one of the 49ers players fumbled the ball, it came loose, and Marshall was able to scoop it into his hands. He looked up, saw the goalposts ahead of him, and ran as fast as he could to the end zone to score what he thought was a touchdown. It was when the 49ers players started congratulating him that he realised he had run the wrong way down the pitch into his own end zone, scoring a safety and conceding two points to the opposition.

How do you recover from a mistake as catastrophic and public as that? Marshall did his best to forget about it, and crucially to learn from it. He went on to recover a total of 30 fumbles for the Vikings in his career, still an NFL record for the most recovered by any single player – and he never again ran the wrong way down the pitch. You can watch a video about Marshall’s experience here.

At Churchill, to learn effectively, we believe in the value of:

Having a healthy attitude to mistakes, and having the confidence and determination to take risks in our learning and try new things, are all central to our success in learning. So long as we make sure we’re facing the right way before we set off.