Where Tudor/Science used to be

We’ve returned from Easter to open skies where the old Tudor/Science block used to be. The light is pouring in where the old building used to overshadow the playgrounds and the Sixth Form. This space – when it is cleared – will become a new car park for staff and Sixth Form. It’s now possible to visualise how the Academy’s site will take shape over the coming year.

The Tech Block is going

Just before Easter, we received the news that we had been granted funding to demolish the final original building, this single-storey Technology block. It will be replaced by a two-storey extension to the Athene Donald Building. The architects had planned the Donald Building with the extension in mind, so the process should be smooth and completed in a year! 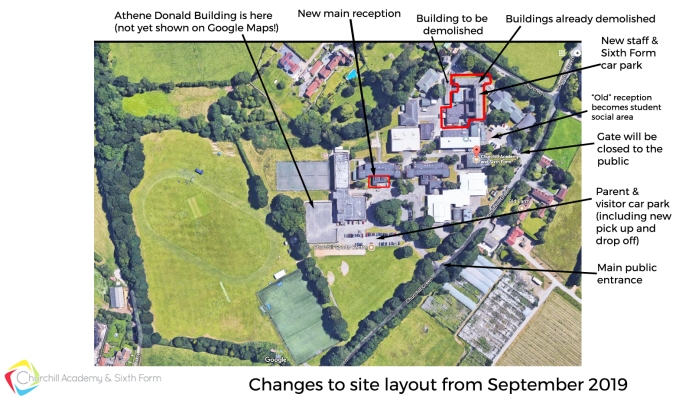 Reception, administration, finance, HR, and First Aid will all move down to Hanover from September 2019. Access to reception will be from the main sports centre car park, which will be the only car park available for public access. My office will also be relocated down to this new hub, just next to the main reception.

The current reception area will become a new social space for students, just next door to the Academy Hall. I have been working with the House Captains of Hanover, Stuart, Tudor and Windsor to help design this space, which we plan to open in September for students of all houses to use. 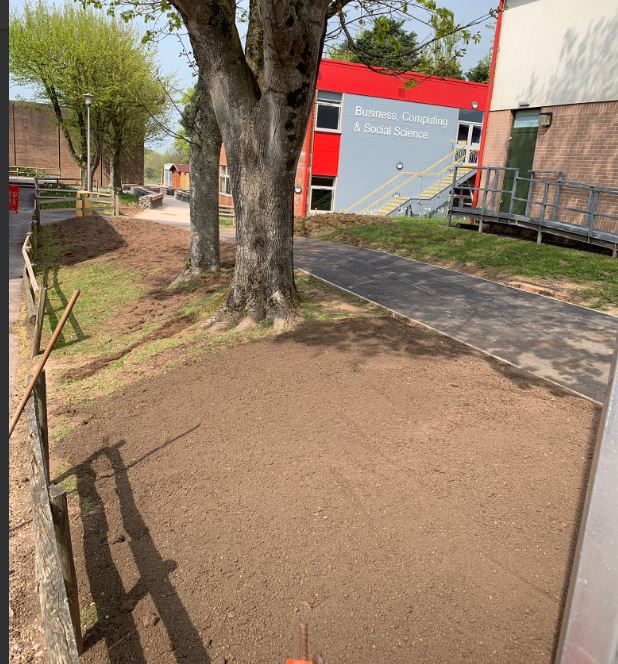 The new broadwalk pathway in development

The Academy’s student-led Green Team has been working with local landscape architects and suppliers to ensure that our new site is a beautiful and environmentally sustainable place to learn and work. Over Easter, volunteers began clearing spaces alongside the new central broadwalk path for planting, which will take place over the summer terms. There are also plans for a Sixth Form garden and a vegetable garden behind the Donald building to supply Food and Nutrition lessons. This is alongside the Green Team’s wider work to promote sustainability and reduce the Academy’s carbon footprint, including the solar panels project and the introduction of a car-share incentive scheme.

With so much change happening, it can be difficult to keep track! The Academy is very fortunate to have a dedicated team, led by Deputy Headteacher Mr Branch, overseeing this work. We are also grateful for our partnership with building contractors Mealings, who are completing the works, alongside our fantastic site team of Mr White, Mr Butler and Mr Winstanley. By this time next year, the site will be very different indeed – and a much-improved space for our students to enjoy for many years to come.

3 thoughts on “What’s happening to the Academy site?”