At Churchill, our vision is “to set no limits on what we can achieve.” Sometimes those limits can come from with ourselves – the nagging self-doubt that says “I’m not clever enough,” or “I’m not brave enough,” or “I can’t.” We work hard with our students to build their confidence so that they can talk back to those limiting voices. 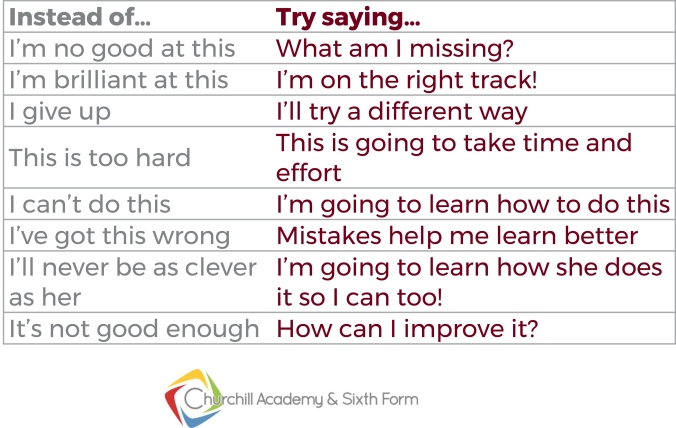 However, some of those limits can also come from outside, and some of them are invisible. I am a feminist because I can see that gender stereotypes and traditional roles act as limits that can prevent young people – boys and girls – from achieving their true potential.

For me, feminism means believing that men and women should have equal rights and opportunities. It means believing that nobody – male or female – should be unfairly advantaged or disadvantaged by their gender. I have always been a feminist, but I have been particularly energised by the He For She initiative launched by Emma Watson at the United Nations in 2014. This initiative invites men to commit to gender equality, and provides tools to enable them to do so.

My assembly this week was sparked by the new rule which came into force this month from the Advertising Standards Authority. The ASA will no longer permit any advertising in the the UK which includes “gender stereotypes that are likely to cause harm, or serious or widespread offence.” That means that offensive stereotypes like these from the 1950s and 1970s will be outlawed altogether: 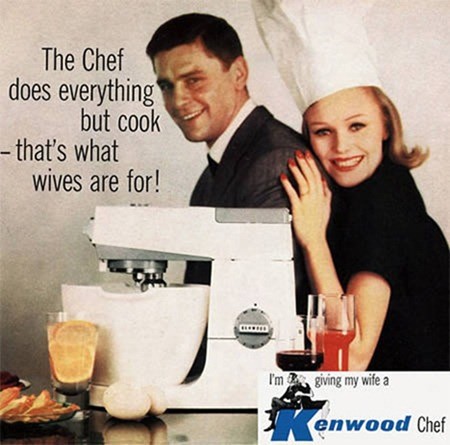 Although adverts like these are now things of the past, it would be wrong to assume that stereotypes are not passed on to children – often very young children – through the clothes they wear or the toys they play with. 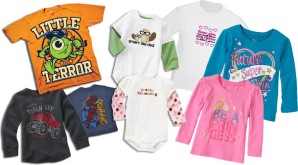 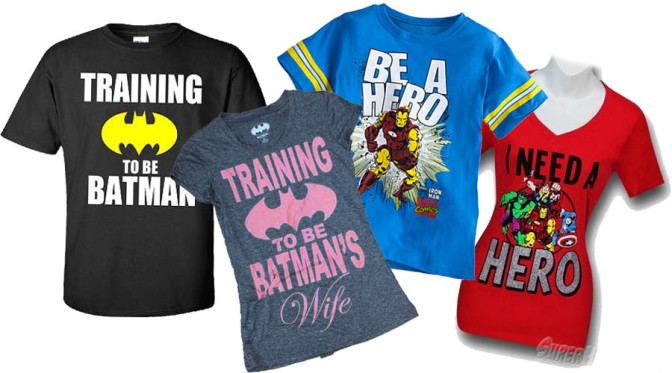 Clothing with messaging like this includes a “drip, drip” effect which says that boys should be tough, heroic, physical, messy, and clever, whilst girls should be sensitive, secondary, pretty, and stupid. 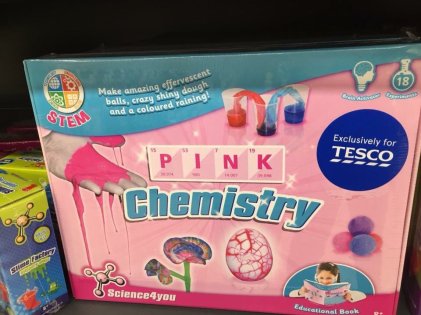 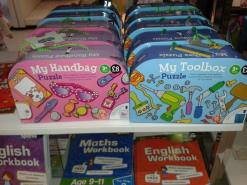 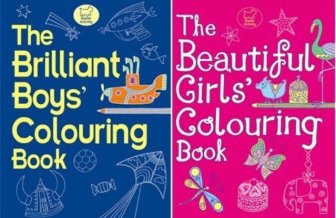 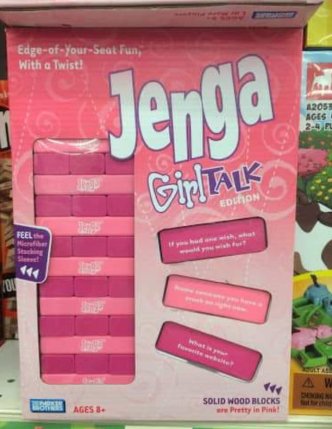 Gendered toys and books are similar. Boys can be “brilliant,” but girls can only be “beautiful.” Girls can do chemistry and build towers of blocks – but only if it’s pink and includes gossip.

These stereotypes trap both boys and girls in limiting gender roles. It can lead to assumptions about which paths are, and are not, open to you in the future, as this video shows:

There is a well-known trope in cinema called “the Smurfette Principle.” This principle is based on the small blue cartoon characters, all of whom were male, except for a single blonde Smurfette. The Smurfette Principle says that, in movies where a group of characters goes on a quest to fix a problem, you are only allowed one female as part of the group – despite the population being 50/50! There are lots of films which follow this sexist principle:

There has been much progress on this front in more recent times. In my assembly, I talked about the Avengers franchise as an example. In the first Avengers film, Black Widow was the only female hero, a lonely Smurfette. However, in the recent Avengers: Endgame (*spoilers ahead!*), Black Widow was joined by Captain Marvel, Nebula, Okoye, Wasp, Scarlet Witch, Mantis, Shuri, Pepper Potts and Valkyrie  to form an all-female team in the battle against Thanos. Star Wars too has seen progress, with Daisy Ridley’s Rey providing a strong, brave female hero in the franchise. Such representation provides important role models to girls: you can be heroes too.

It’s important to recognise that feminism is about equality for both genders. It’s not just about girls being held back by sexist stereotypes – boys are trapped too. Across England in 2018, 23.7% of girls achieved top grades (7-9) at GCSE, whereas only 17.2% of boys achieved those grades. This 6.5% gap was even larger at GCSE grades 9-4 (the old A*-C): 71.4% of girls achieved this threshold, whereas only 62.3% of boys did the same, a gap of 9.1%. One theory – a persuasive one – suggests that this is the result of traditional, stereotyped gender roles in the classroom. Girls are expected to work hard, complete homework, put their hands up, and behave well. It’s what girls do. For boys to show this behaviour – which we know leads to higher academic achievement – they need to break out of stereotypical “boy” behaviour. This can be hard to do, but if we are going to prevent gender roles from limiting potential, we need to enable both boys and girls to transcend those traditional roles. Boys have to try too. 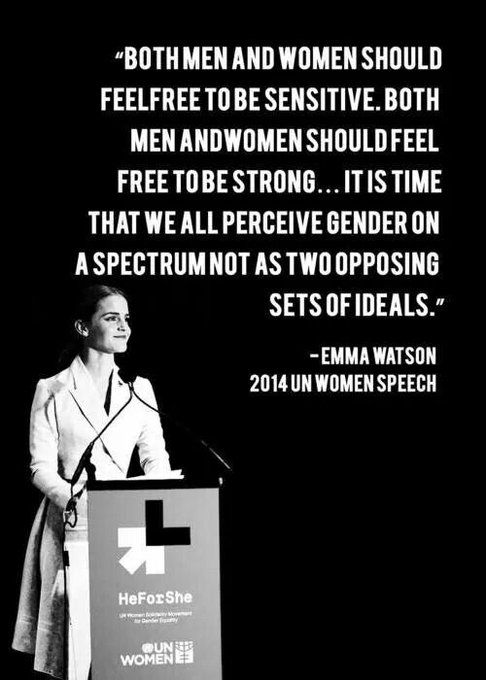 We do not want our girls trapped in a passive, timid cage where they do not have equality and cannot step up to their potential. We do not want our boys trapped in a narrow definition of masculinity where talking about feelings, showing sensitivity or vulnerability are seen as weaknesses. This is a mentally unhealthy situation to be in. Suicide is the biggest killer of men between the ages of 20-49; it kills more men than road accidents, more than cancer, more than heart disease. If we don’t start unpicking this, we will be facing a significant problem. Men are imprisoned by their gender stereotypes too. 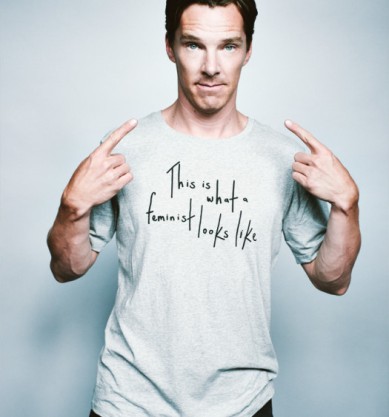 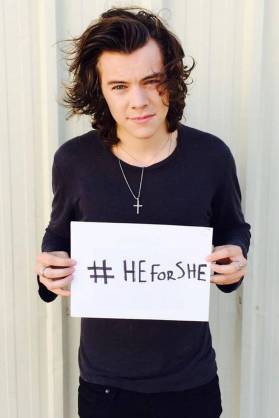 So what does a feminist look like? Well, it looks like anyone who is committed to breaking down the barriers that trap boys and girls, men and women, into outdated gender roles that unfairly advantage or disadvantage one over the other. It looks like Benedict Cumberbatch, Harry Styles, or President Obama, as well as Emma Watson, Caitlin Moran, or Taylor Swift. As Barack Obama said, in a 2016 speech:

“We need to keep changing the attitude that raises our girls to be demure and our boys to be assertive, that criticises our daughters for speaking out and our sons for shedding a tear.”

At Churchill we are committed to being a school where our boys can be strong and sensitive, and our girls can be sensitive and strong, so that we can truly set no limits on what we can achieve.