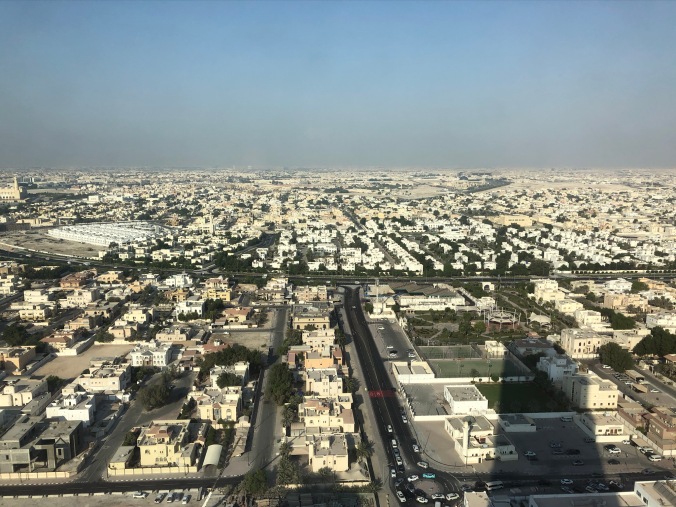 A view across Doha, Qatar from the 32nd floor

On Saturday of last week I flew out to Doha, the capital city of Qatar, to work with a group of teachers and school leaders from British International Schools in the Middle East. They had heard about our work at Churchill Academy & Sixth Form and they wanted to find out more, to see whether aspects of our practice could be applied in their schools.

The location of Qatar; Doha is marked by the red pin

Qatar is a small state poking out into the Persian Gulf, bordering on Saudi Arabia. I went to the capital city, Doha, which sits on the Eastern coast of the country. Qatar was a British protectorate until it became independent in 1971, which is why there are still a lot of British schools there. Doha has recently hosted the World Athletics Championship and preparations are well underway for Qatar to host the 2022 World Cup. There is a lot of development going on – I saw three massive skyscrapers under construction and air conditioned football stadiums being built in the middle of the desert. Quite something!

Two skyscrapers under construction (centre) against the Doha skyline

It’s hot! The temperature was around 35° C during the day, dropping to 30° at night time. Despite the Persian Gulf nearby, the surrounding country is dusty desert. Everywhere has air conditioning, which meant that indoors felt quite chilly by comparison and I had to put a jumper on! 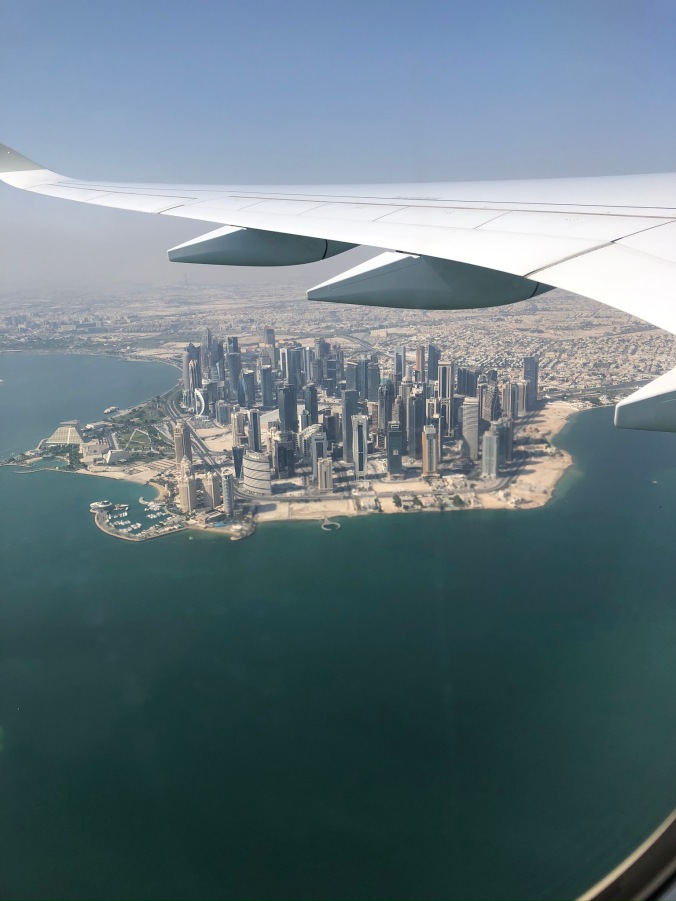 Doha from the air

The city centre (West Bay) has a spectacular skyline of towers and skyscrapers. Many of them are government buildings, but there are also towers for Qatar Petroleum, the Qatar Olympic Committee, banks and hotels. It’s amazing! The surrounding city spreads out into the desert.

Qatar is an Islamic country and there are many mosques around the city. The call to prayer is amplified by loudspeakers from the mosques, which makes a wonderful noise echoing from building to building! Due to their religious beliefs, alcohol is not available in restaurants or hotels. All the people I met whilst I was there were very welcoming and hospitable. It seemed to me like a country which was very open to international visitors.

Outside the Qatar International School

I was working at the Qatar International School, a British International School in Doha. It’s an all-through school, with a building for Early Years, Primary and Secondary sections. In their secondary school they study iGCSEs, the international version of the GCSEs we study, and A-levels which are the same as ours. The staff and students are a mixture of British ex-pats, Qatari nationals, and other nationalities who want a British education. This meant that the classrooms were an interesting multicultural blend of all different nationalities. Everyone got along really well!

All the schools were surrounded by high, solid perimeter walls, electric gates and security guards. There were locked pedestrian gates too – one of the schools even had security turnstiles for the students to get in and out. This seemed to be the norm across Qatar – all the buildings I went into had x-ray machines to scan your bags, too.

School starts at 7am, and finishes at 1pm. The other difference is that the working week starts on a Sunday and runs until Thursday, so the weekend in Qatar is Friday and Saturday. I struggled with that a bit! There are two breaks during the day, but students go home for their lunch at the end of the day – they do not have lunch at school. There are seven lessons in the day, of differing lengths. Moving between buildings means going from air-conditioned-cool to blazing-hot and back to cool again – you have to brace yourself! But apart from that, there were lots of similarities to British schools – their classrooms looked just like a regular British school classroom would.

What were we working on? 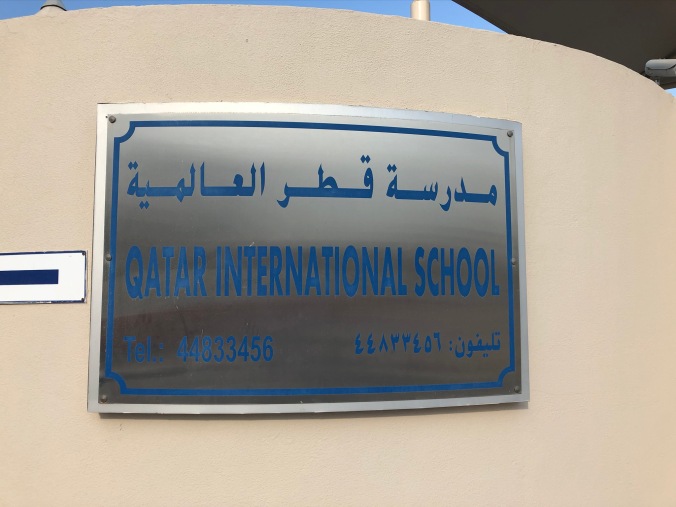 I was out in Doha to work with British International School teachers and school leaders on mindsets and metacognition. These are things that we have been working on at Churchill since I became Headteacher back in 2016. They were particularly interested in our work on attitudes to learning, feedback, and how we are working with teachers and students to unpack the thinking processes behind learning (metacognition). It was amazing to me that our work at Churchill has a reputation which stretches so far – but the colleagues I was working with out there were very impressed by what we were doing and wanted to find out more!

It made me very proud to be talking about our wonderful school in such a different place. Although Churchill has been soaking under torrential rain for weeks, whilst Doha has been in blazing sunshine for months, there was much to be found in common between us. “The way we do things here” at Churchill certainly found an enthusiastic audience in the Middle East!

2 days of refreshing CPD organised by @BSMEorg and delivered by the inspiring Headteacher @chrishildrew on Growth Mindset. Thank you for your practical approaches and for initiating lots of thought-provoking discussions. It was great to collaborate with staff at @PHESDoha today. pic.twitter.com/mMlc6Rs1VL

A brilliant and thought-provoking day 1 of 2 on the @BSMEorg Growth Mindset Training at QIS with @chrishildrew pic.twitter.com/ANi75hw122

I had a great time in a brand new environment for me. I’d never done anything quite like this before! But, when I was back on duty outside the food pod on an overcast lunchtime on Wednesday, I did catch myself thinking: “there’s no place like home.”

4 thoughts on “Training teachers in Qatar”